"The results, added to the company’s history of resilience and continuous expansion through various brands in the domestic market and portfolio in the foreign market, show that the company is on the right track", said the Director of Investor Relations at Fras-le, Hemerson de Souza.

Revenue in the foreign market, which includes exports from Brazil with the performance of operations in other countries, totaled US$ 117.2 million in the first half, a 35.2% increase compared to the same period last year. In the second quarter, this revenue was US$ 60.7 million, up 37.6% compared to 2021. Factors such as high demand for friction materials for commercial lines and brake discs for light vehicles and great sales level in mature markets, such as the North American, boosted these numbers.

Consumer platform in the automotive market

The actions developed in the second quarter of 2022 and the results achieved in the period, and throughout the first half of the year, with the auto parts replacement market heated, reinforce the current moment of Fras-le, in which the company achieves diversification of products and solutions, being recognized as a consumer platform in the automotive market.

Among the highlights of the various products manufactured by the company's units, Nakata's new shock absorber plant has been breaking productivity records each month with growing sales rates. From the portfolio of friction materials, the company registered new businesses in several units and geographies.

Within the strategies to enhance synergies between its companies, Fras-le has made advances in integrated logistics for the aftermarket, with the Distribution Center in Extrema (MG) in Brazil. In addition to the products of the subsidiary Nakata, which maintains an industrial complex in the city, the last few months marked the beginning of the process for Controil, which began to concentrate on this site the national distribution of its products. The process is focused on the Southeast, Midwest, Northeast and North regions, and is gradually being expanded to the other units of the group, such as Fras-le and Fremax, optimizing the delivery experience for customers of Brazil, with more economy, agility, and efficiency.

"The level of maturity and capillarity the company is achieving allows the customer to see us as a complete solution, a large automotive solutions provider, focused on serving the aftermarket, bringing together quality products, with market-leading brands loved by mechanics", highlights the President and CEO of Fras-le, Sérgio L. Carvalho. 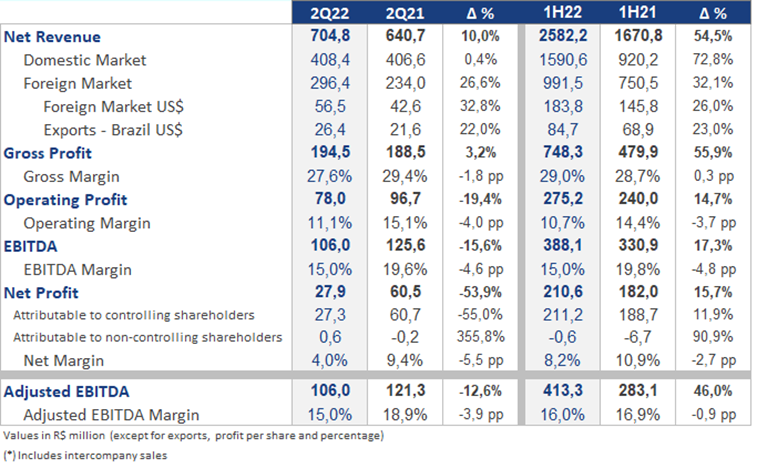 Results reflect the company's ability to balance and resilience